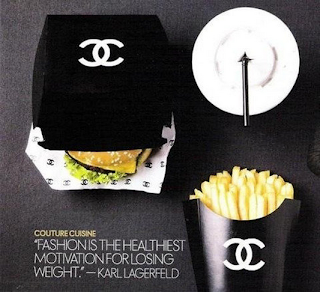 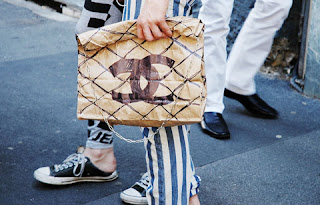 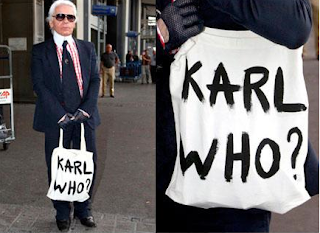 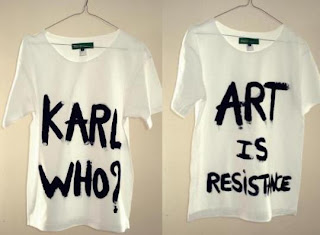 So I had to post this packaging concept for what it would look like if Chanel had their logo on McDonald's food, now I'm not one who eats that MSG rubbish, but the Chanel boxes look oh so sexy it would almost convince me to eat it LOL, that was a joke, but it looks dope either way. Oh peep the brown paper Chanel bag someone made for themselves can we say RECESSION DAMN love the creative aspect behind it though weeeeeeee!!!!
When Chanel sued Naco for their use of their logo , Naco actually won, and Sir Karl was even seen rocking his bag. Naco created his unisex label in 2001, making statements against massive consumerism and branding with a an anti-establishment punk edge. Pieces like the tees above can be purchased at artydandy.com
Posted by Chins Wonda-Land at 02:11