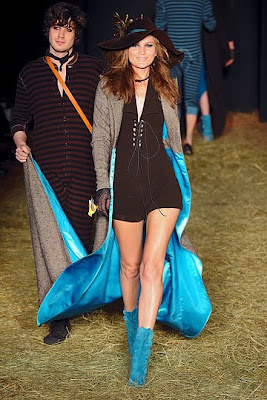 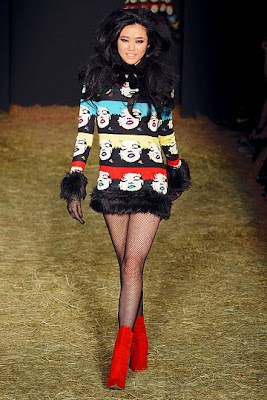 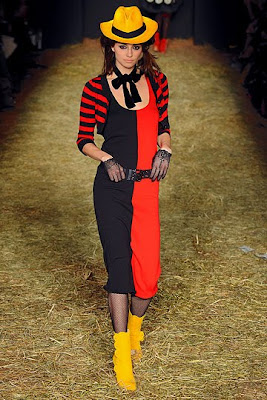 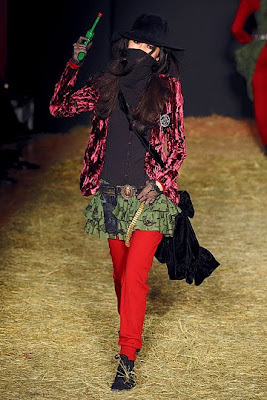 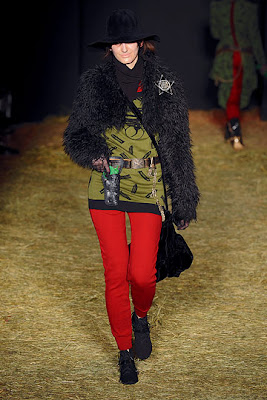 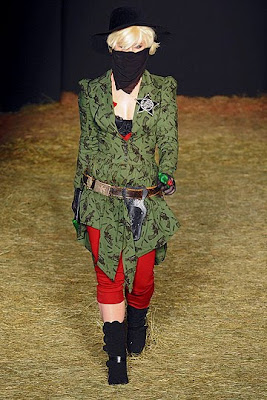 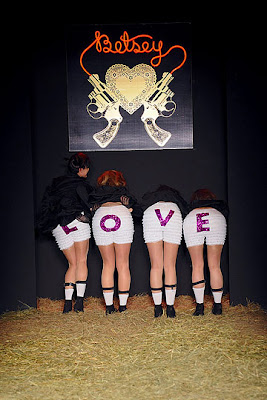 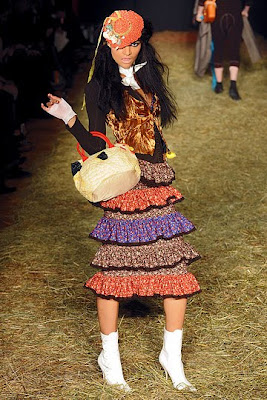 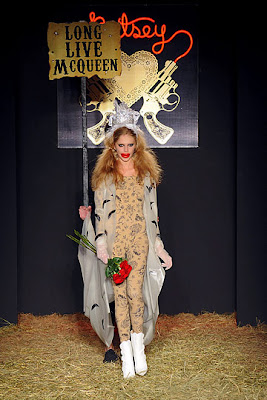 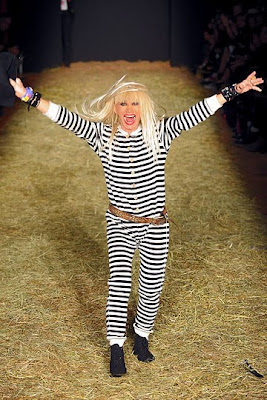 Betsey Johnson Wow what an amazing women. Betsey’s collection kicked off with crushed Velvets, corsets, floral rah, rah short and knee length skirts, knits, and prints. I was excited watching this show due to the fact that there’s always so much fun and Great energy when you attend to a Betsey Johnson’s show. The models walked down the runway using their hands as guns, pretending to shoot bullets, Oh I did forget to mention that Betsey’s show was called “BANG BANG” hence why the models were doing that with their hands and a few of the models were carrying a plastic toy gun. The collection consists of Bright Post-box red, Fuchsia Pinks, Turquoise, Purples with Black and Army Greens with a Western Cowboy inspired feel! As the show continued I felt like I was watching more of a theatrical show then a Fashion show, which is a great thing as I am a dreamer, it makes shows like these allot more interesting for me to watch, especially when I can imagine I’m on a set of a film or on a stage at Broadway. Favourite moment that made me Super teary eyed was when the last model came out with a banner saying “LONG LIVE MCQUEEN” My heart skipped a beat Awwww so sad we miss you MCQUEEN R.I.P. It was a beautiful thing for Betsey to do that, Betsey finished off the show with one of her cartwheels and left everyone smiling, thank you Betsey Johnson xx
Posted by Chins Wonda-Land at 17:44

Man I really miss Mqueen too RIP fashion won't be the same :-(
Betsey is a mess, but u gotta love her